Tag: Homewood Board of Trustees 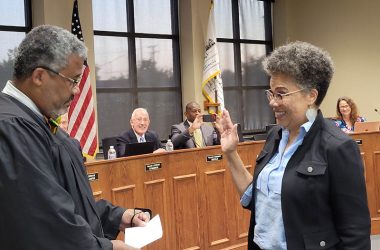 The Homewood Board of Trustees approved the appointment of Julie Willis to a seat on the board at the regular meeting Tuesday, Aug. 23. She fills the spot vacated by Karen Washington who resigned Aug. 12. Willis is an attorney in the Cook County Public Defender’s office. She and her[Read More…]

Homewood trustees will have an opportunity on Tuesday to take a preliminary step toward redeveloping the village hall parking lot. The move comes two weeks after trustees approved the purchase of another downtown site at 2066 Ridge Road to make it available for redevelopment.At the regular meeting Tuesday, May 24,[Read More…]

Homewood officials announced Friday that village hall and other municipal buildings will reopen to the public on Monday, Feb. 7, after being closed since Dec. 30 due to the latest COVID-19 surge. Village hall will return to regular business hours, 8 a.m. to 5 p.m. Monday through Friday and 9[Read More…]

Residents in and around the 1500 block of Ridge Road in Homewood will see long-awaited flood mitigation improvements in the area soon. A storm sewer improvement project was approved by the village board Tuesday. The project will include the Loomis Avenue and Hickory Road intersection, Burr Oak Road from Loomis[Read More…]

A closed brewery could see new life, and two long-languishing projects could see movement depending on actions of the Homewood Board of Trustees at its meeting Tuesday at 7 p.m. Homewood Brewing Company is in the process of purchasing the property at 18027-18029 Dixie Highway, formerly the home of Vice District[Read More…]

Homewood Science Center officials will present the center’s annual report to Homewood trustees during the board’s regular meeting Tuesday, May 25. The board also will consider an ordinance change that would allow garage sales to take place over three days. The current limit is two days. In other business, the[Read More…]

May 24, 2021 by Chronicle staff Comments are Disabled

Homewood trustees will return to the board room for the May 11 regular meeting after more than a year of mostly remote meetings.  The meeting will begin at 7 p.m. in the board room of village hall, 2020 Chestnut Road Capacity limits remain in place to allow for physical distancing,[Read More…]

May 9, 2021 by Chronicle staff Comments are Disabled

Homewood’s $22.5 million budget for 2021-22 is expected to end up with a $75,000 surplus if all goes according to plan. The village board meeting Tuesday will begin with a public hearing to present the budget and allow the Board of Trustees to hear any public input on it. In addition to[Read More…]

Residents will be allowed to address the Homewood Village Board when it meets at 7 p.m. on Tuesday, but the village issued a notice Monday reminding residents about the rules used for public comment during board meetings.  Officials are expecting residents to come forward to address four ordinances on the[Read More…]

The Homewood Board of Trustees will consider four ordinances at its regular meeting Tuesday that, if approved, would pave the way for the development of a warehouse fulfillment center to be built on the site of Calumet Country Club.  On Thursday, March 4, the village Planning and Zoning Commission voted[Read More…]