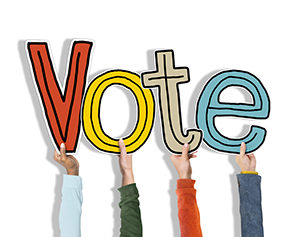 Illinois voters will go to the polls June 28 to select their parties’ nominees for office in the November election. If you prefer, early voting is being conducted locally from June 13 through June 27. Voters also can choose mail-in ballots.  The last day to request a mail-in ballot is[Read More…]

May 27, 2022 by Chronicle staff Comments are Disabled

In the June 28 primary, voters in parts of Homewood and Flossmoor will be nominating a candidate for a judgeship in the 15th Judicial Subcircuit. Bernadette Barrett and Jim Gleffe are Democratic candidates running for election in the 15th subcircuit in the primary election. Currently, Cook County Circuit Court is[Read More…]

May 26, 2022 by Marilyn Thomas Comments are Disabled

Election preview: As commissioner, Williams says she would adapt to the needs of Cook County D5’s residents

Editor’s note: This story is the fourth in a series featuring candidates for Cook County’s 5th District, which includes Flossmoor.For Kierra Williams, the role of a Cook County commissioner is not about following a clearly defined personal agenda but rather about being flexible in the face of whatever challenges come[Read More…]

McClinton aims to bring ‘a fresh face, a new voice and a new perspective’ to Cook County’s 5th