The District 233 school board agreed to try a different approach on its $20 million borrowing plan that could save the district more than $2 million in costs.  The board is planning to borrow the funds to cover the costs for constructing a new science wing onto the South Building[Read More…]

ARMED FORCES SALUTE – The Flossmoor Veterans’ Memorial organization hosts a Salute to Armed Forces Day from 11 a.m. to 1 p.m. Saturday at Flossmoor Park, 2523 Flossmoor Road. Chalk the walk to show your appreciation for veterans and service members, and get a free popsicle. FEELING CLINGLY – Kids[Read More…]

Two Flossmoor municipal buildings will soon be getting re-energized. The village board voted unanimously to approve a contract to pay Powerlink Electric Inc. $476,995 for the Village Hall Generator Improvements Project. The project includes the replacement of an emergency back-up generator to power the facility during outages. Public Works Director[Read More…]

Metra will introduce a new Metra Electric Line schedule on May 23 that adds some express service and makes a variety of other modifications to reflect actual operating conditions and to accommodate rehabilitation work on the 147th St./Sibley Station.The changes include: A new inbound Train 710 will depart from University[Read More…] 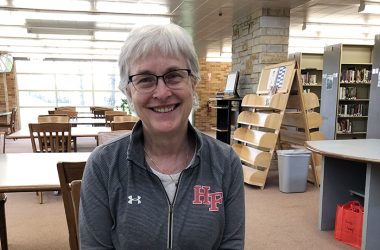 Homewood-Flossmoor High School head librarian Jane Harper has seen many changes in her 16 years at H-F, but students’ love of books has remained a constant.  “Kids still love the print books. Kids love to read,” she said. “Our budget is such that we’re able to provide them with the[Read More…]

CONGRATULATIONS, SENIORS! – Today is the last day of classes for H-F High School seniors. The school’s graduation ceremony is on May 29. GET AN INSIDE LOOK – Homewood Public Works Open House is from 11 a.m. to 2 p.m. Saturday at 17755 S. Ashland Ave. Tour the water plant[Read More…]

Homewood police are investigating a reported carjacking incident that began about 2 p.m. Monday, May 16, at the Shell gas station, 17951 S. Halsted St., and ended with the arrest of two suspects by Indiana State Police. The victim told police that two subjects armed with handguns approached him while[Read More…] 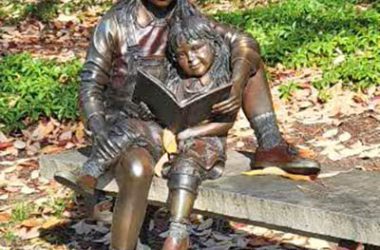 The Flossmoor Village Board’s April decision to OK a proposal from the Public Art Commission that includes moving the Secret Garden sculpture from just outside the Flossmoor Public Library to Heather Hill Elementary School in a collection shuffle is still not sitting well with some folks. At the board’s Monday, May 16,[Read More…]

Composting will make its Flossmoor festival debut in June at the village’s Zip Code Party. Also known as the 60422 event, Flossmoor’s “once-in-a-lifetime” celebration slated for June 4 (6/04/22) is to include a composting effort in partnership with Collective Resource Compost. In addition to hauling the compost, CRC will educate attendees[Read More…] 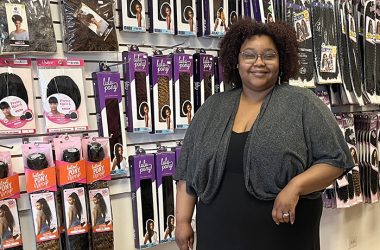