District 233 Superintendent Von Mansfield has been presented a Those Who Excel Award for a second time by the Illinois State Board of Education. You’ve reached subscriber-only content Register for free to continue reading  Free 3-day trial Already a subscriber? Log in here.

In an effort to avoid conflicts with state pension rules, the District 233 school board voted 4-3 to give Homewood-Flossmoor High School Superintendent Von Mansfield his 2018-19 merit pay when he retires. The arrangement was given the green light by the board’s attorney. Mansfield notified the Teachers Retirement System (TRS)[Read More…]

Parents and community members spoke in support of the administration and school board at the District 233 meeting Tuesday, after several speakers roundly criticized their actions in light of a blackface incident April 27. Despite the criticisms, including personal attacks against Superintendent Von Mansfield, parents came forward to applaud the[Read More…]

May 23, 2019 by Marilyn Thomas Comments are Disabled 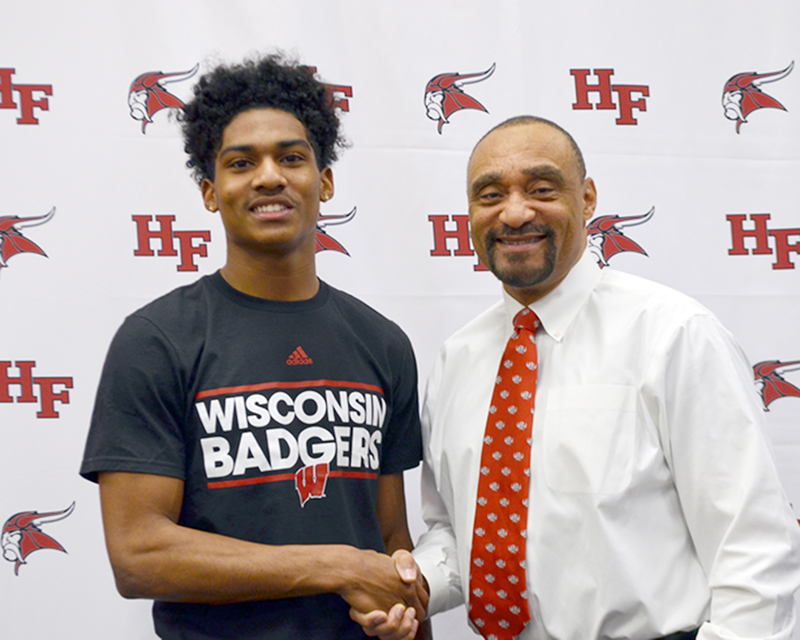 H-F Superintendent Mansfield chooses education for career of a lifetime

Homewood-Flossmoor High School Superintendent Von Mansfield knows his five years in the National Football League stand out on his résumé, but it’s his 30 years in education that have been the career he’s cherished. He grew up with four brothers and a single mom in a housing project in Milwaukee and[Read More…]

The District 233 school board election is past, but tensions continue between supporters and opponents of the current board and administration. Two petitions circulated this past week to register support for positions held by both sides. The District 233 school board will be taking action on 2017-18 salaries for district administrators at[Read More…]

H-F High School’s board stands by policies on residency

Each semester students are removed from Homewood-Flossmoor High School as the school board continues enforcement of policies to weed out students who aren’t legal residents. The district does a full investigation each time a parent, student or community member brings an issue of residency to the administration. In November the[Read More…]

January 2, 2017 by admin Comments are Disabled

Critics of the Homewood-Flossmoor Board of Education’s decision to fire Principal Ryan Pitcock in June pressed their case at Tuesday’s school board meeting. At issue is the chain of events leading to Pitcock’s dismissal on June 21. Flossmoor resident Dean Armstrong, an attorney, opened the discussion with a half-hour presentation[Read More…]

The duties of principal at Homewood-Flossmoor High School will be a shared responsibility this school year. “We will not be hiring an interim principal,” said Jodi Bryant, director of human resources and public relations. The school board’s Personnel Committee met Monday and agreed with the plan laid out for the[Read More…]

August 4, 2016 by admin Comments are Disabled