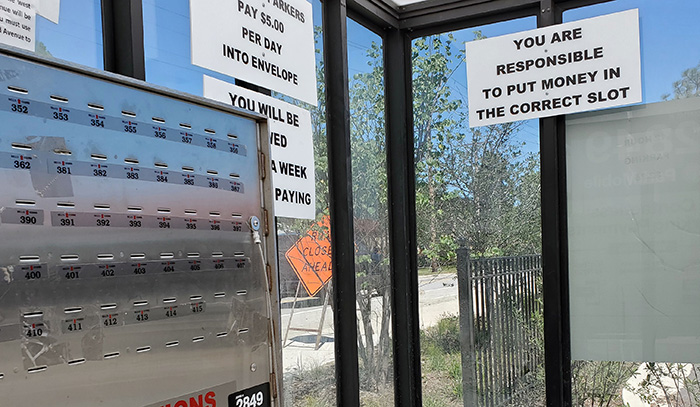 When Homewood takes over ownership of the train station parking lots in January, commuters will have a familiar tool for making payments after the Board of Trustees approved an agreement with ParkMobile to continue offering digital payment services. (Eric Crump/H-F Chronicle) With Homewood slated to take control of commuter parking[Read More…]

Flossmoor has appointed the newest board member for the South Suburban Mass Transit District, a local governmental agency that owns parking lots along Metra’s Electric Line. Richard Bumstead was unanimously appointed at the Sept. 18 village board meeting. Bumstead, a Flossmoor resident, is currently chair of the village’s Public Art[Read More…]