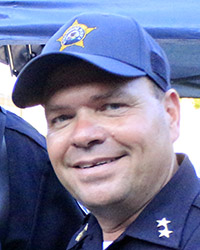 Acting Flossmoor Police Chief Tod Kamleiter has been selected to move up the ranks to serve as the village’s next permanent police chief. Kamleiter was Flossmoor’s deputy police chief for six years until May, when he was appointed acting police chief following former chief Mike Pulec’s retirement.   You’ve reached subscriber-only[Read More…]

Flossmoor is seeking applications for a new police chief by Aug. 5. The village is looking statewide for candidates and has hired the Illinois Association of Chiefs of Police (IACP) to assist with the search process. The police chief in Flossmoor is appointed by the mayor with the advice and consent of[Read More…]