Homewood voters overwhelmingly approved a tax increase so District 153 schools could continue to provide all the educational and extracurriculars currently available to students. The district has $2 million in red ink and was prepared to eliminate its arts and music programs, sports programs, after-school programs and eliminate staff and[Read More…] 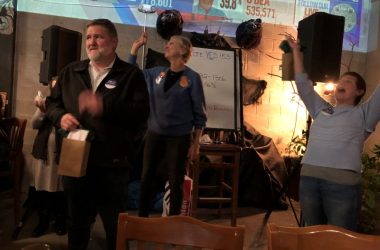 A referendum supporting Homewood schools was successful, with more than 70% approval from voters in Tuesday’s election. The result means District 153 will avoid drastic cuts to programs and faculty and staff layoffs that would have been necessary to close its $2 million deficit. The raise in the district’s foundational[Read More…]

Marc Fishman told his fifth grader that the Robot Club he enjoys after school may not be available to him next year.  “Just the look on his face when I told him that could go away, he was wide-eyed,” Fishman said. “Then he asked ‘Why? I don’t understand.’ And on[Read More…]