Two juveniles have been charged with home invasion and weapons violations after an incident Saturday, Oct. 8, in the 1600 block of Olive Road, according to Homewood police.Officers were called to a disturbance at a residence there about 2:55 p.m.Police said several juveniles were involved in a dispute over a[Read More…]

October 14, 2016 by admin Comments are Disabled 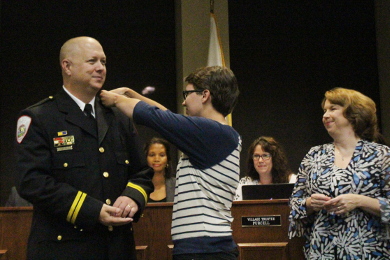 When Bill Alcott was promoted to Homewood police chief earlier this year, that left an opening for a deputy chief. At the board of trustees meeting Tuesday night, Sgt. Richard Sewell took the oath of office to fill that role. You have reached content available exclusively to Homewood-Flossmoor Chronicle digital[Read More…]

September 28, 2016 by admin Comments are Disabled

Homewood trustees approved a budget amendment Tuesday, Aug. 23, that will enable the police department to add two patrol officer positions. Police Chief Bill Alcott said the request for new positions is in anticipation of greater demand on the department as a result of business expansion on Halsted Street. You[Read More…]

A Ford Heights man faces a number of traffic charges after striking a motorcyclist and leaving the scene Friday evening, according to Homewood police.Jeremiah Johnson, 18, allegedly was trying to evade Chicago Heights police officers. Shortly after 6:30 p.m. the 2007 silver Ford Crown Victoria he was driving struck a[Read More…] 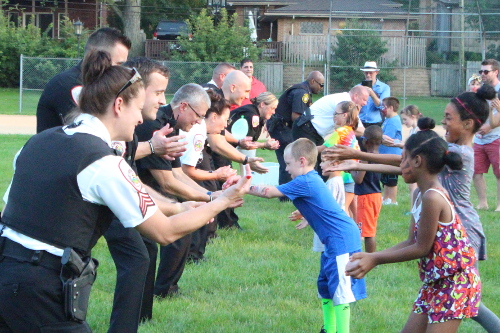 National Night Out in Homewood on Tuesday a bigger crowd and new features in addition to old favorites, and it gave residents a chance to mingle with local law enforcement officers.  You have reached content available exclusively to Homewood-Flossmoor Chronicle digital subscribers. Receive a 3-day free trial of unlimited digital[Read More…]

August 4, 2016 by admin Comments are Disabled 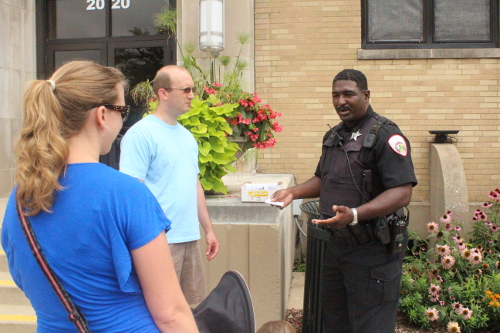 Homewood police reach out to the community

Homewood police offers greeted residents Saturday in front of Village Hall to provided information about best practices for traffic stops. The police department will also host National Night Out from 5 to 8 p.m. Tuesday in Irwin Park, an opportunity for residents to get to know police officers. You have reached[Read More…] 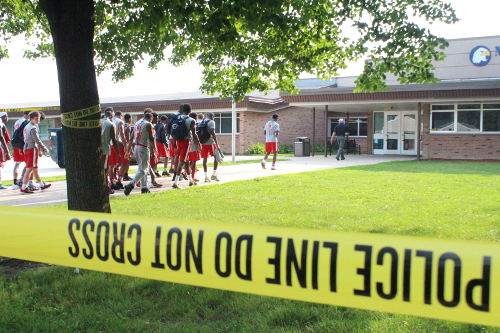 The active shooter drill at James Hart School on Thursday, July 28, was over in about two hours, but local emergency responders packed a lot of training into that brief time. You have reached content available exclusively to Homewood-Flossmoor Chronicle digital subscribers. Receive a 3-day free trial of unlimited digital[Read More…]

The Homewood Police Department will be holding a training exercise from 7 to 11 a.m. Thursday at James Hart School, 18205 Aberdeen St.Deputy Chief Denise McGrath said the exercise would not have much impact on traffic, though sections of Aberdeen and Morgan streets near the school might be closed for[Read More…]