The ramp leading to the front door of the Homewood   Police Department will be repaced in coming weeks   as part of a project to renovate access to the building.  (Photo by Eric Crump/H-F Chronicle)  Work is expected to begin Monday, June 5, on the renovation of the ramp and stairs leading to[Read More…]

Peer Jury gives teen offenders a way out of trouble

Good kids make bad choices. Peer Jury tries to set them on the right course. Based on the principles of restorative justice, Peer Jury allows the Homewood and Flossmoor Police Departments to give teens under the age of 18 the chance to make amends for their misdemeanor crime and stay out[Read More…]

May 4, 2017 by Marilyn Thomas Comments are Disabled 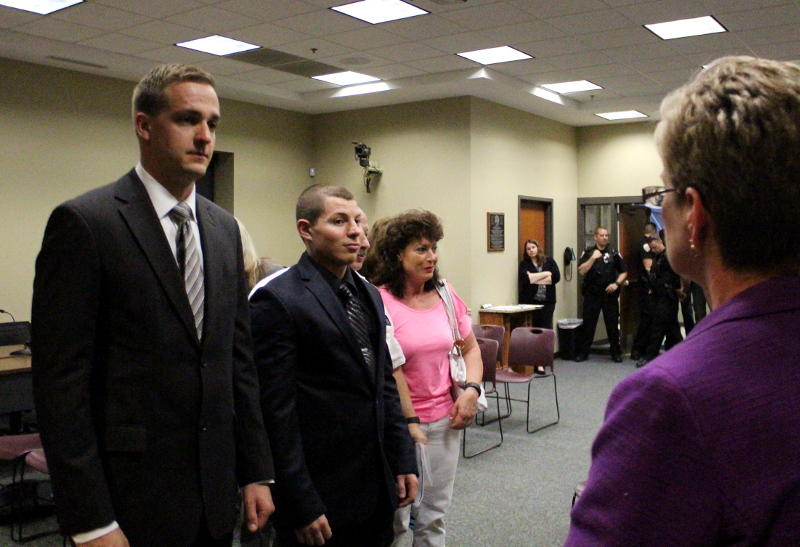 Two new police officers were sworn in at the April 25 Homewood Village Board meeting.Rocco Giannelli and Henry Renken were hired April 24. Both have been working for the Cook County Department of  Corrections. You have reached content available exclusively to Homewood-Flossmoor Chronicle digital subscribers. Receive a 3-day free trial[Read More…] 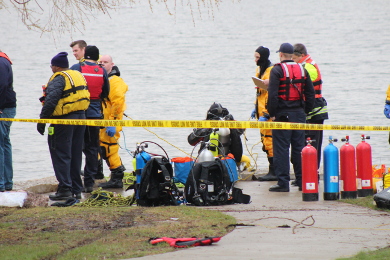 One person dies as car goes into Dolphin Lake

Crews from the Homewood police and fire departments tried to rescue a driver after a car plunged into Dolphin Lake at 183rd Street and Governors Highway around 9 a.m. Friday, but the individual was pronounced dead at a local hospital. You have reached content available exclusively to Homewood-Flossmoor Chronicle digital[Read More…]

Two men stole a woman’s cell phone shortly after 3 p.m. Friday in the parking lot at 17605 Halsted St. in Homewood, according to police.One of the men displayed a handgun during the robbery, police said.The two men left the area in a red SUV. Police urge anyone with information about[Read More…] 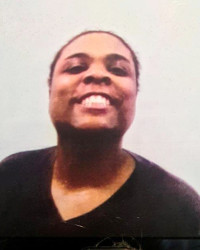 [Update Dec. 29: Homewood police posted a notice Dec. 28 that Latrice Charleston has been located. She is safe and has been placed in a new home.] The Homewood Police Department has issued an alert for a woman who was reported missing from a group home on Dec. 16. Latrice[Read More…]

December 21, 2016 by admin Comments are Disabled 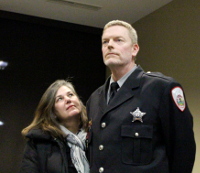 Thomas H. Heyne, a Homewood police officer, began and ended his 24-year career on the same day, Dec. 14. At the Dec. 13 board of trustees meeting, Homewood village officials honored Heyne for the dedicated service with the police department that began in 1992, when he took his oath of[Read More…]

December 16, 2016 by admin Comments are Disabled

Dozens of police chiefs from around the south suburban region converged on Homewood Tuesday to get a first look at the next generation of law enforcement training. Two state-of-the-art simulators – one that portrays incidents in which force may be used and another recreating driving situations – were unveiled during[Read More…]

December 8, 2016 by admin Comments are Disabled

December 1, 2016 by admin Comments are Disabled

November 19, 2016 by admin Comments are Disabled