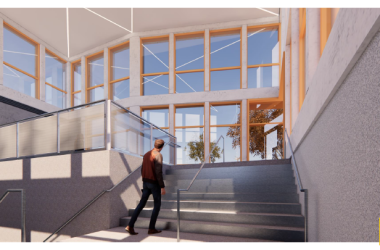 Metra announced Monday that the commuter rail company’s Board of Directors has awarded a $14.5 million contract to renovate its portion of the Homewood train station. A look at the interior of the new headhouse planned by Metra. (Provided image) The work includes the construction of a new, ADA-accessible east[Read More…]