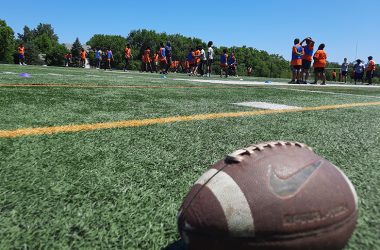 Harvey native Keith Rucker named his foundation with intention. The former NFL player hosts football camps with Reach 4 The Sky. When the charity was forming and logos were being considered, one with a figure reaching over the Chicago skyline just spoke to him. Reach 4 The Sky was born.[Read More…]