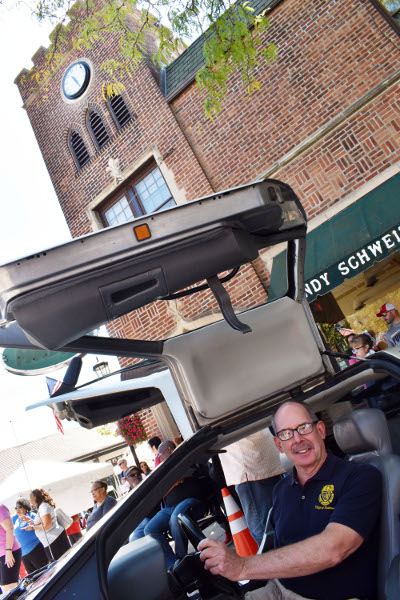 DeLorean is on hand for dedication of new Flossmoor downtown clocks

Believe it or not, Flossmoor’s downtown clocks had their own “Back to the Future” moment more than 35 years ago. Mayor Paul Braun said the timepieces in Flossmoor’s clock tower were rendered inoperable during a 1981 thunderstorm. You’ve reached subscriber-only content Register for free to continue reading  Free 3-day trial Already[Read More…]

Fans of “Back to the Future” remember a downtown clock tower that plays a notable role in the film. Flossmoor’s clock tower is not nearly as famous, but it’s about to receive some local attention as a group of area residents is moving ahead with plans to install functional timepieces[Read More…]

May 18, 2017 by Tom Houlihan Comments are Disabled