At its regular meeting Tuesday, April 13, the Homewood Board of Trustees will consider an ordinance to disconnect the property known as Calumet Country Club from the village, a move the village has fought against since the summer of 2019. The vote is required by a settlement agreement trustees approved[Read More…]

The future of the property on which the Calumet Country Club sits is unclear, after a recent vote in Homewood and Cook County officials saying a forest preserve purchase is unlikely. Homewood approved a settlement with developer Diversified Partners of Arizona on Jan. 26. Plans were for a distribution warehouse[Read More…]

A proposed trucking warehouse hit a major pothole Tuesday as the Homewood village board voted down a proposal to rezone the property to make way for the project.  “Nowhere in our comprehensive plan has it ever said that a loud, diesel-fueled, smog-inducing, tree-killing and road-wrecking trucking hub would be a[Read More…]

After five meetings and 20 hours of questioning by commissioners and the public, Homewood Planning and Zoning Commission members concluded that plans to develop an industrial distribution center on the site of Calumet Country Club do not rise to the standards set in the village zoning code.  Commission members questioned[Read More…] 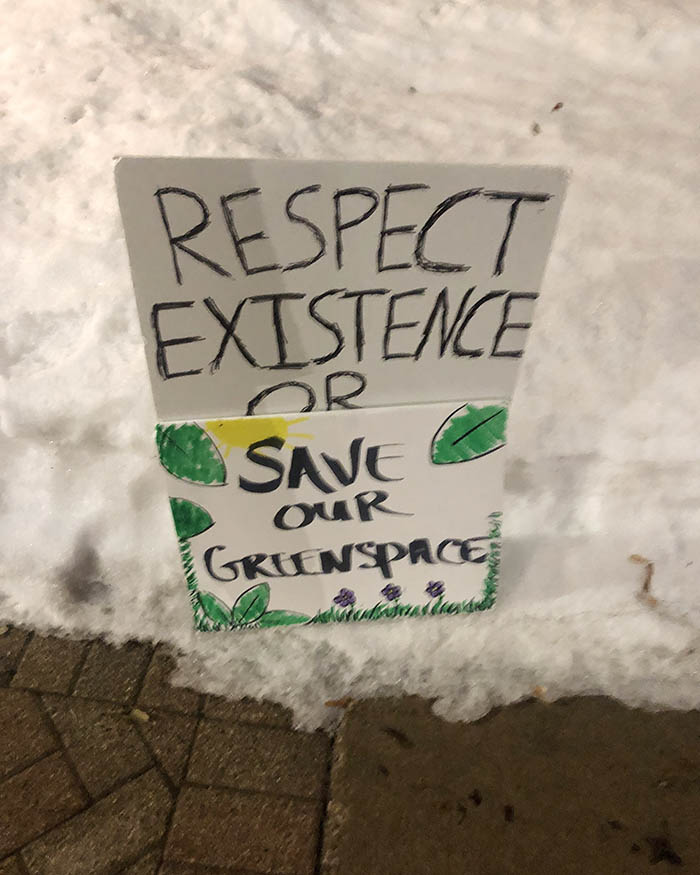 Dozens of protesters gathered near the Homewood Village Hall on Tuesday evening to protest the proposed rezoning of the former Calumet Country Club into what they see as tearing down open space to build a polluting, fulfillment/trucking hub.  A sign at the protest Feb. 23 shows one of the primary[Read More…] 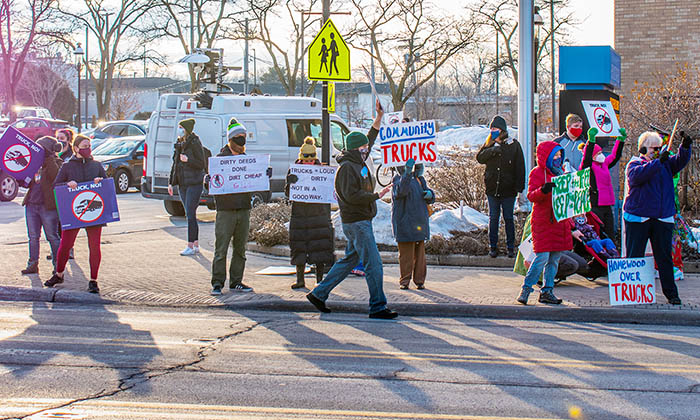 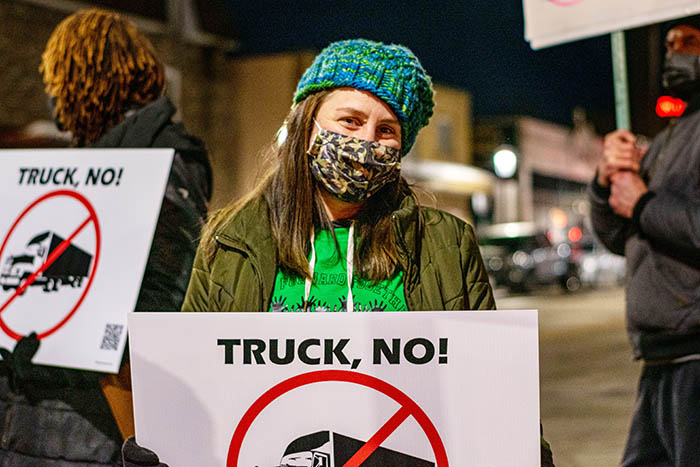 Protestors hold signs in the meeting room’s windows and chant during the Homewood Board of Trustees meeting on Tuesday, Feb. 23. The rally was organized by South Suburbs Greenspace over Concrete, which opposes the redevelopment of Calumet Country Club. (Andrew Burke-Stevenson/H-F Chronicle) Despite protests outside, a Homewood village board meeting[Read More…]

No comment from Homewood for now regarding Hazel Crest statement

When Hazel Crest Village President Vernard Alsberry Jr. announced last week that the village board had decided to oppose the plan to redevelop Calumet Country Club into a distribution center, the statement changed the political dynamic surrounding the project. For the past 18 months, Hazel Crest declined to take a[Read More…]

Arizona developer Walt Brown, Jr. said he still plans to work with Hazel Crest and Mayor Vernard Alsberry despite a social media video criticizing plans for a development at the site of the former Calumet Country Club.  For the first time Tuesday, Alsberry said he does not support the planned[Read More…]

Homewood to see through settlement process, outcome not guaranteed

Homewood plans to see through the process of its settlement with the developer of the property on land of the former Calumet Country Club, but that doesn’t necessarily mean the development will be approved. “What the village has promised (Diversified Partners) as part of that settlement agreement is a process.[Read More…]