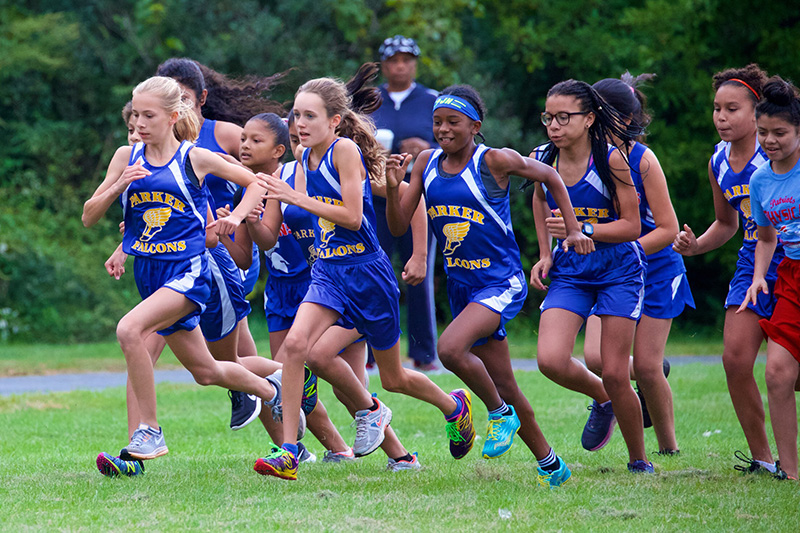 Four Parker Junior High School runners were conference champions at the Sept. 28 SSJSA Conference cross country meet. Parker’s team competed agains nine other schools at the meet, which took place at Apollo Park in Homewood.
Each of the 10 schools were allowed to have seven runners participating in each race.